SsangYong Motor Co. launched the all-new Torres SUV in South Korea on Tuesday, a week after a Seoul court approved a local consortium as the final bidder for a debt-bearing car maker. Focused on the SUV, automakers aim to get their business back on track within the next two years, backed by Torres and some upcoming new models. The Torres SUV is equipped with a gasoline engine with a 1.5-liter turbo and a 6-speed automatic transmission. Prices range from 27 million won to 30 million won ($ 20,800 to $ 23,000), Ssang Yong said in a statement.

The SsangYong has received more than 30,000 pre-orders for new SUVs since last month, well above the model’s sales target of 16,800 units. The company plans to export Torres SUVs later this year, first to Chile and then to other emerging markets next year. To further boost its offering, SsangYong will launch an electric version of Torres later next year. In addition, the court-appointed administrator, Jung Young-won, said at a press conference that he plans to introduce an electric version of the Koland SUV and an electric pickup truck under the project name “KR10” in 2024. 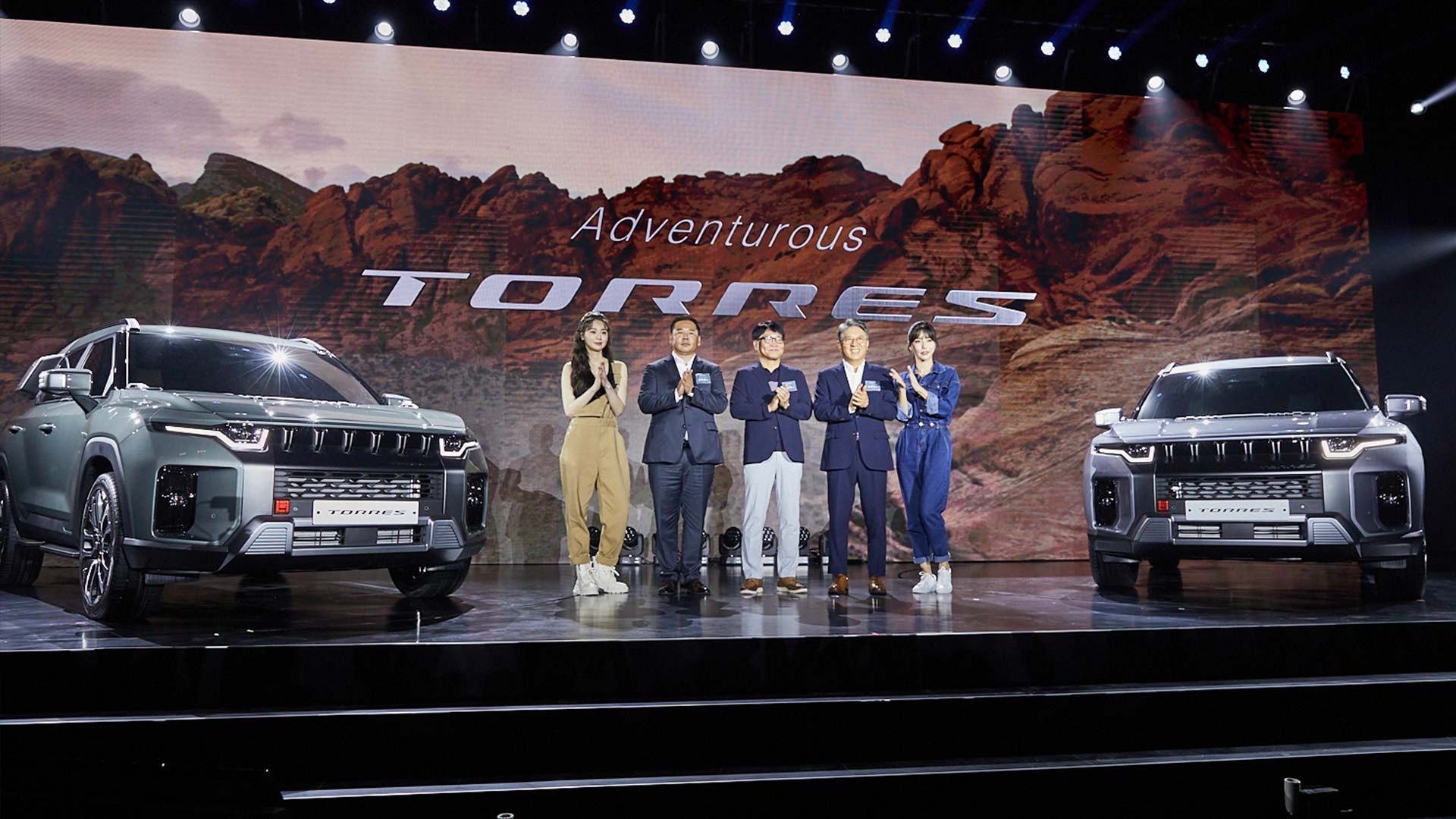 “In the next two years, the company will regain its leading position in the local SUV market based on its enhanced products and achieve a business turnaround,” Chung said. Regarding the company’s electrification strategy, CEO Park Sung-chin said that by 2030, most of the lineup in the Korean and European markets will be filled with EV models, but in the developing market, some lineups will be maintained as internal combustion engine models. .. Middle East and Latin America.

Park said the Ssangyong has no plans to develop new diesel vehicles due to stricter emission regulations. SsangYong is developing a car battery with Chinese car maker BYD and will continue its partnership with EV models. The current product range consists of the SUVs Tivoli, Korando, Rexton, and Rexton Sports.

Last Tuesday, the Seoul Bankruptcy Court approved SsangYong’s decision to select a local consortium led by chemical steel company KG Group as the final bidder for the final auction. The KG Consortium is reported to be planning to acquire Ssangyong for 950 billion won (US $ 740 million), including working capital of 600 billion won. Kwak Jea-sun, chairman of the KG Group, said at a media event that there were no issues with post-acquisition funding and no plans for layoffs. Ssangyong will submit a rehabilitation plan to the court at the end of July and seek court approval at the end of August.

This website uses cookies to improve your experience while you navigate through the website. Out of these cookies, the cookies that are categorized as necessary are stored on your browser as they are essential for the working of basic functionalities of the website. We also use third-party cookies that help us analyze and understand how you use this website. These cookies will be stored in your browser only with your consent. You also have the option to opt-out of these cookies. But opting out of some of these cookies may have an effect on your browsing experience.
Necessary Always Enabled
Necessary cookies are absolutely essential for the website to function properly. This category only includes cookies that ensures basic functionalities and security features of the website. These cookies do not store any personal information.
Non-necessary
Any cookies that may not be particularly necessary for the website to function and is used specifically to collect user personal data via analytics, ads, other embedded contents are termed as non-necessary cookies. It is mandatory to procure user consent prior to running these cookies on your website.
SAVE & ACCEPT